Questions About Autism With A Psychologist

Once a child receives an autism diagnosis, every moment counts. Early Intervention can be a great foundation in building a brighter future with Applied Behavior Analysis (ABA) therapy. ABC believes in early intervention and is committed to getting your child started as soon as possible.

However, we understand that as parents, you will have questions. In our ABA clinics, our center-based ABA therapists will be applying the principles of one-on-one ABA therapy for autism to help children with autism reach their full potential. Our ABA therapist will be collecting data based on your child’s behaviors and implementing individualized treatment plans for each child.

You may be wondering, “where do I start”? To help you better understand, Action Behavior Centers interviewed multiple psychologists to engage in a list of common questions regarding children with autism.

How do you get diagnosed with autism?

A thorough diagnostic evaluation consists of several different pieces of data. Generally, this includes an interview with the caregivers, child observation, and the use of standardized assessment tools such as autism spectrum tests like the ADOS-2, ADIR or symptom screeners. Then, a qualified professional, such as a licensed psychologist or a developmental pediatrician, interprets all the data to determine whether there's a presence or absence of symptoms that’ll lead to the diagnosis of autism.

What are the symptoms or three main symptoms of autism?

According to the Diagnostic and Statistical Manual of Mental Disorders for the DSM-5, the three main symptoms of Autism Spectrum Disorder include persistent deficits in social communication and social interactions across multiple contexts and restricted repetitive patterns of behavior, interests, or activities. Autism symptoms also include deficits in social communication and interaction which can be things like difficulty in initiating socially or responding to social interactions from others, difficulty forming and maintaining friends, difficulty with pretend play or interactions with playing with peers, or even a lack of interest in peers altogether. Other examples are difficulty with back and forth conversation or even just basic communication to get wants and needs met as well as difficulty in sharing emotions and interests with others. Autism behavior can also include difficulties using nonverbal communication methods like eye contact, body language gestures and facial expressions. Repetitive patterns of behavior  and interests can include things such as repetitive body movements, repetitive use of objects, speech, or sound sounds, things like flipping objects, lining up toys, and echoing other people's speech. It can be insistence on sameness or being inflexible with changing routines and restrictions. Interests can include an abnormal intensity or focus on certain topics or activities or a preoccupation with an unusual object or activity. Also, more examples include over and under reactions to sensory aspects of the environment such as indifference to pain or temperature changes, difficulty tolerating certain sounds or textures, and even excessive smelling of objects or neutral visual interests. 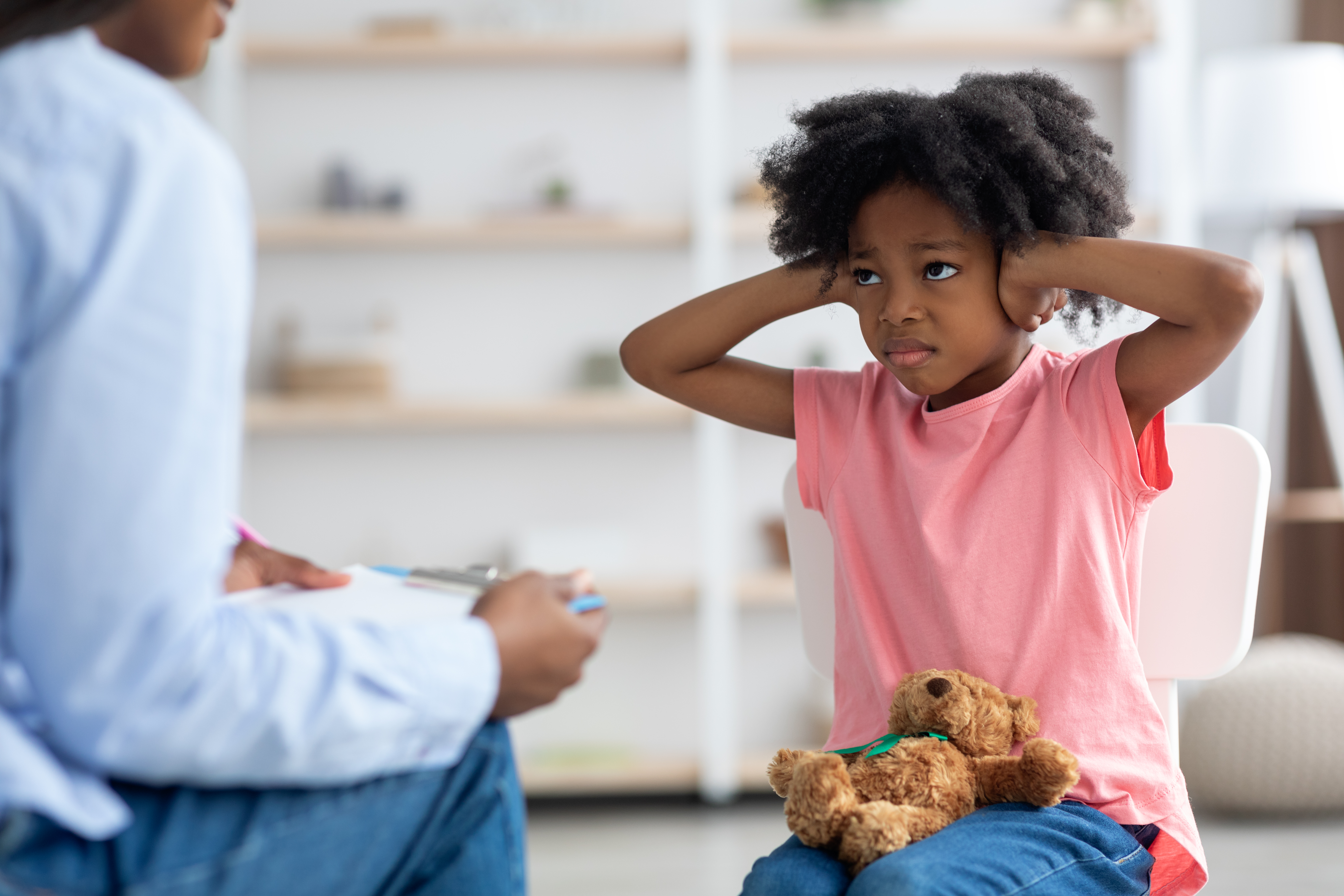 What are the levels of autism?

The DSM explains there are three severity levels of ASD (Autism Spectrum Disorder). Level one is described as requiring support. It indicates mild support is needed in order to address symptoms of autism. Without that support, there would be noticeable impairments observed. People who are classified as level 1 may have difficulty with things like initiating social interactions. They may have less interest in social interactions with others. They could be somewhat inflexible with changes in schedule or with transitions. Next, level two is described as someone who requires substantial support and this indicates a more moderate support is needed in order to address those symptoms. Individuals requiring substantial support might have more marked deficits in verbal and nonverbal communication in social impairments that are even obvious. Even with support in place, they may have limited social initiations or abnormal responses to social overtures from others, difficulty coping with change, and more repetitive and restrictive behaviors that are obvious enough to the casual observer and can interfere with their daily functioning in a variety of settings. Finally, level three is described as requiring very substantial support and it indicates a severe deficit in verbal and nonverbal communication. This causes severe impairment in functioning. This type of person likely has very limited social interactions and responses to overtures from others, severe difficulty with coping with change, and very noticeable restricted and repetitive behavioral actions and interests. These symptoms interfere with functioning in all areas.

What is Autism? What is ASD or Autism Spectrum Disorder?

To define Autism Spectrum Disorder or ASD, it is a neurodevelopmental disorder or neurodevelopmental disability. In order for an individual to be diagnosed with autism spectrum disorder, the following criteria must be met. First, there must be the persistence of deficits in regards to social communication and reciprocal social interaction. Next, there must be a persistent presence of restricted and repetitive behaviors, interests and activities. These symptoms must have been present during the early developmental age period. Next, these symptoms must cause social, occupational, or other important/significant impairment in functioning. Lastly, these symptoms are not better explained by intellectual disability or global developmental delay. Another thing to note is that as you can tell by the name ‘Autism Spectrum Disorder’, it is a spectrum. What this means is that each individual diagnosed with ASD (Autism Spectrum Disorder) can present a wide variety and different combination of these symptoms. Each kid or individual is different. In order to get more examples of what deficits regard to social communication and interaction or examples of repetitive and restrictive interests, behaviors and activities, you can reference the Diagnostic Statistical Manual. This is a gold star tool that is standard for professionals to use to make the diagnosis of someone on the autistic spectrum. 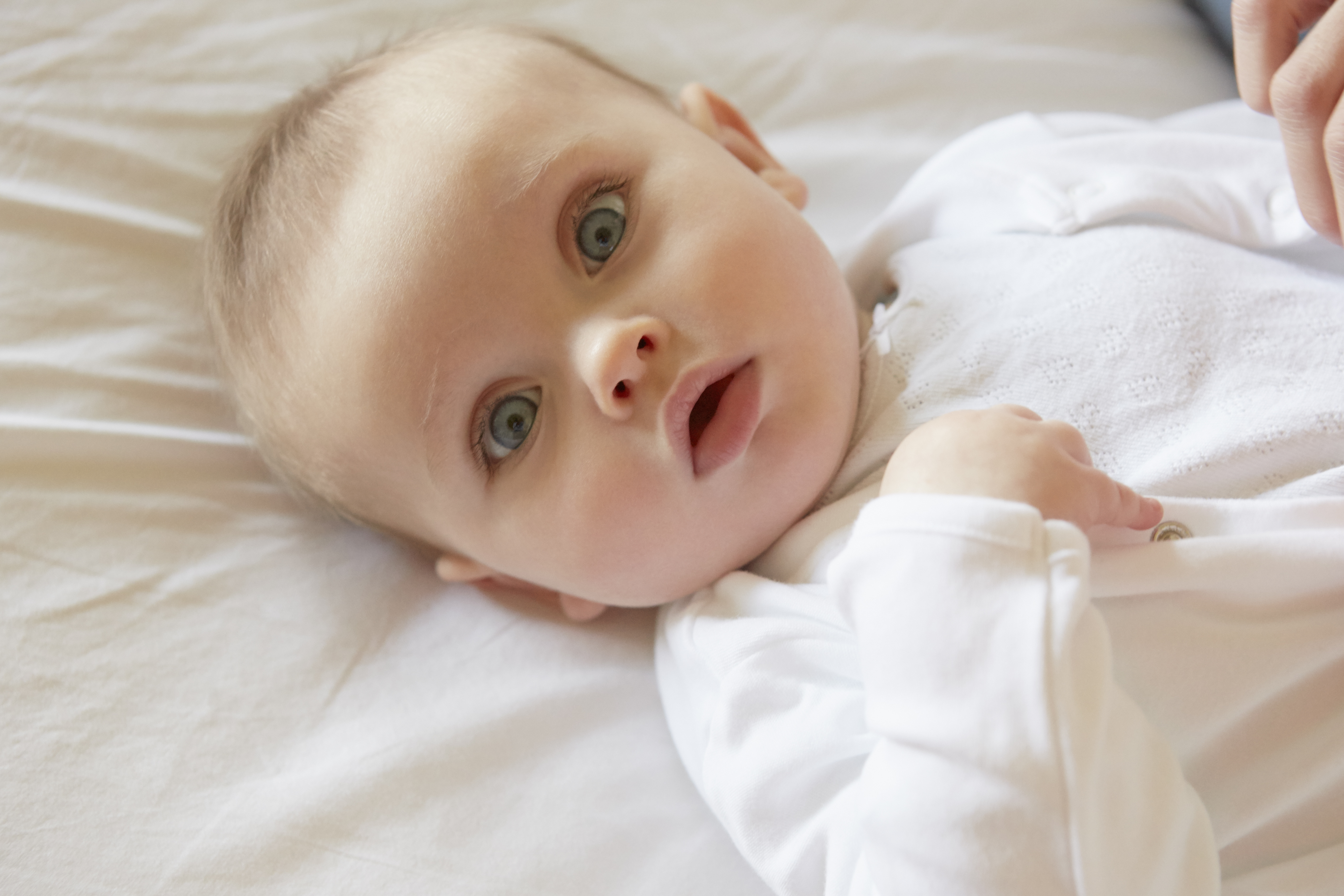 Autism signs in babies can include eye contact. Babies make eye contact within the first month or two of their life. Some say around the six to eight week mark, but we can see any abnormalities in that contact as early as about two months old.

What are sensory issues?

So, according to the DC Zero to Five Diagnostic and Statistical Manual for ages zero to five, sensory issues or any sensory disorders occur when a child is unable or has difficulty regulating sensory input from the environment. So, this could look one of a few ways. It could be like an overreaction to certain stimuli like covering their ears, running away and crying with loud predictable sounds such as the toilet flushing or the blender, for example. It can also be in others responses to stimuli like not responding when we would expect them to. For example, with pain or temperature changes, they would be refusing to put on a jacket when it's freezing outside or wearing a jacket when it's really really hot. Finally, the last category is sort of this unusual response of the stimuli, like licking the walls, for example. 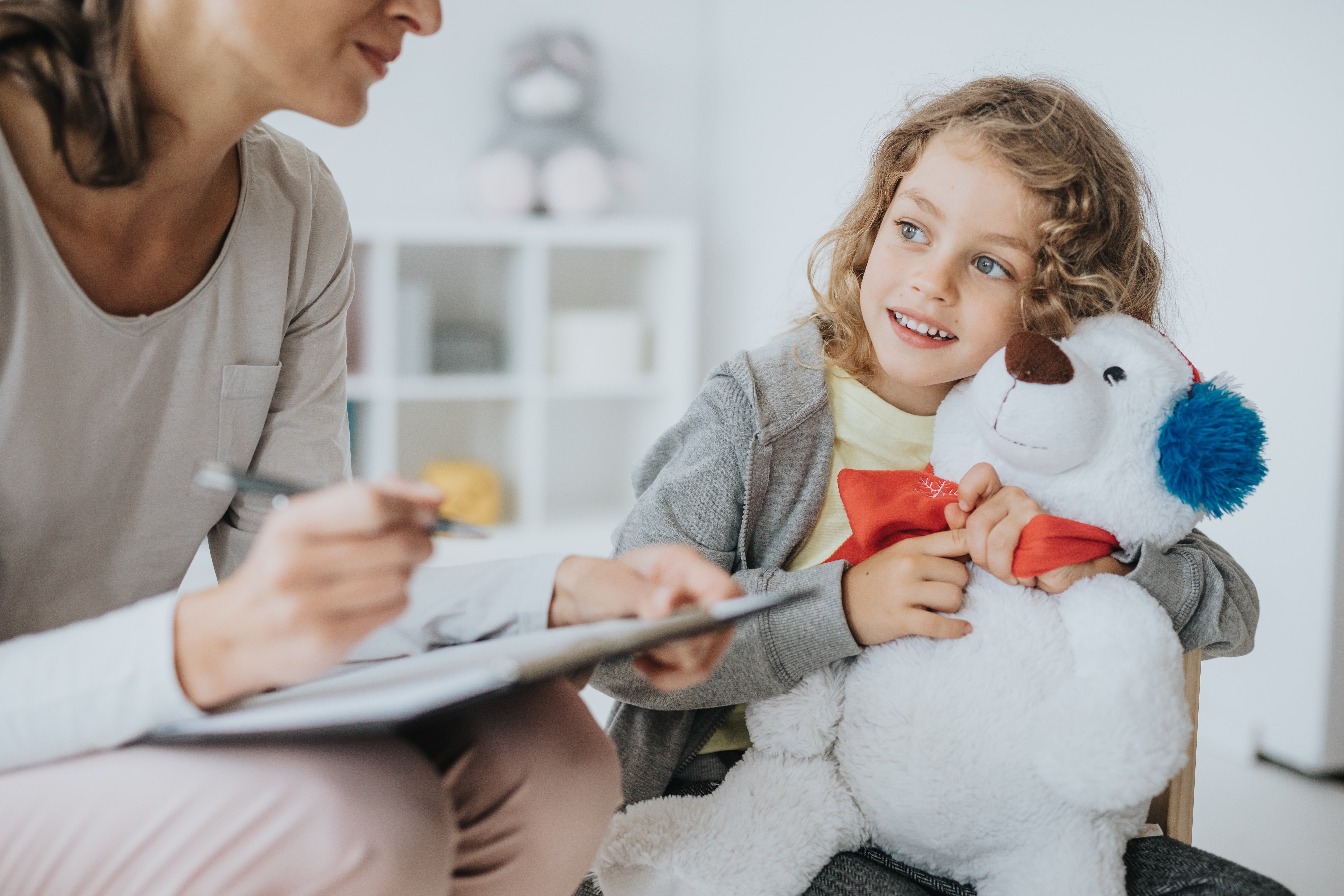 ABC is proud to employ psychologists who specialize in evaluating children on the Autism spectrum through individualized observations to recommend learning plans created with compassionate care to foster positive learning and skills development. With the help of our psychologists, our ABA therapy centers can provide autism therapy services to help your child achieve success on the Spectrum.